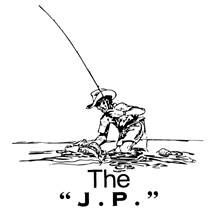 The 1st JP Griffon Memorial Fishing Tournament was held in Port Mansfield only a few months after we tragically lost JP in 1988.  The tournament started with 7 boats and 29 anglers made up of JP's close friends and family.  The first Tournament spawned enough cash to award one $500 scholarship and the JP Griffon Memorial Foundation (a non-profit 501(c)(3) organization) was soon formed to manage the scholarship goals of the Tournament.  Today the Tournament has grown to near 400 annual participants, in 3 Divisions and now awards approximately  $20,000.00 annually in college scholarships to deserving Friendswood area students.  The Tournament is proud to be a "Bragging Rights and Trophies" only tournament with a great group of anglers and hometown Friendswood area sponsors, partnered up with the local Port Mansfield businesses, fishing guides and the PM Chamber of Commerce to put on one of the largest private in-shore tournaments on the Texas Gulf Coast.  Welcome and HAVE FUN!

To see a great video tribute and remember (or learn a little) about JP Griffon, click here.  Thanks to Scott Jeffress for his talents on this video production!

Every angler will receive a tournament cap and T-shirt, a pre-tournament meal prepared by Big John’s BB-Q, Doug Granger and Nick’s Kitchen & Beach Bar and the post-tournament banquet and awards ceremony.

This year we have made several changes to the rules and tournament stringers, so please check the Official Tournament Rules and the Guided Division Supplemental Rules.  Conservation is a goal of our Tournament. Our daily tournament stringers harvest less than one Texas angler's daily legal limit of gamefish, for a team composed of four fishermen!  Anglers are encouraged to release all fish not required for their daily competition stringer.

*****Attention All Anglers*****
The tournament fishing hours are
6:15a.m. - 4:00p.m. Friday and Saturday
We have made a few rule changes to the Open and the Guided Division.
Please check the revised tournament rules and the guided division rules supplement.
The Weigh Station is open from 4:00 pm to 5:00 pm each day.

Don’t be late to the Weigh-In!

The J.P. Griffon Memorial Fishing Tournament wishes to thank our 2014 and 2015 tournament sponsors. Their continued support and contributions make this event better each year. Please support these area businesses as they help support your tournament.

This tournament ended on

A video tribute to JP Griffon by Scott Jeffress

Just click on the map and scroll around.  You can pan (click and drag), zoom (mouse thumbwheel), and add the Google Earth image by clicking the Satellite box in the lower left corner.  Click the menu icon to snap straight to the selected Boundary.